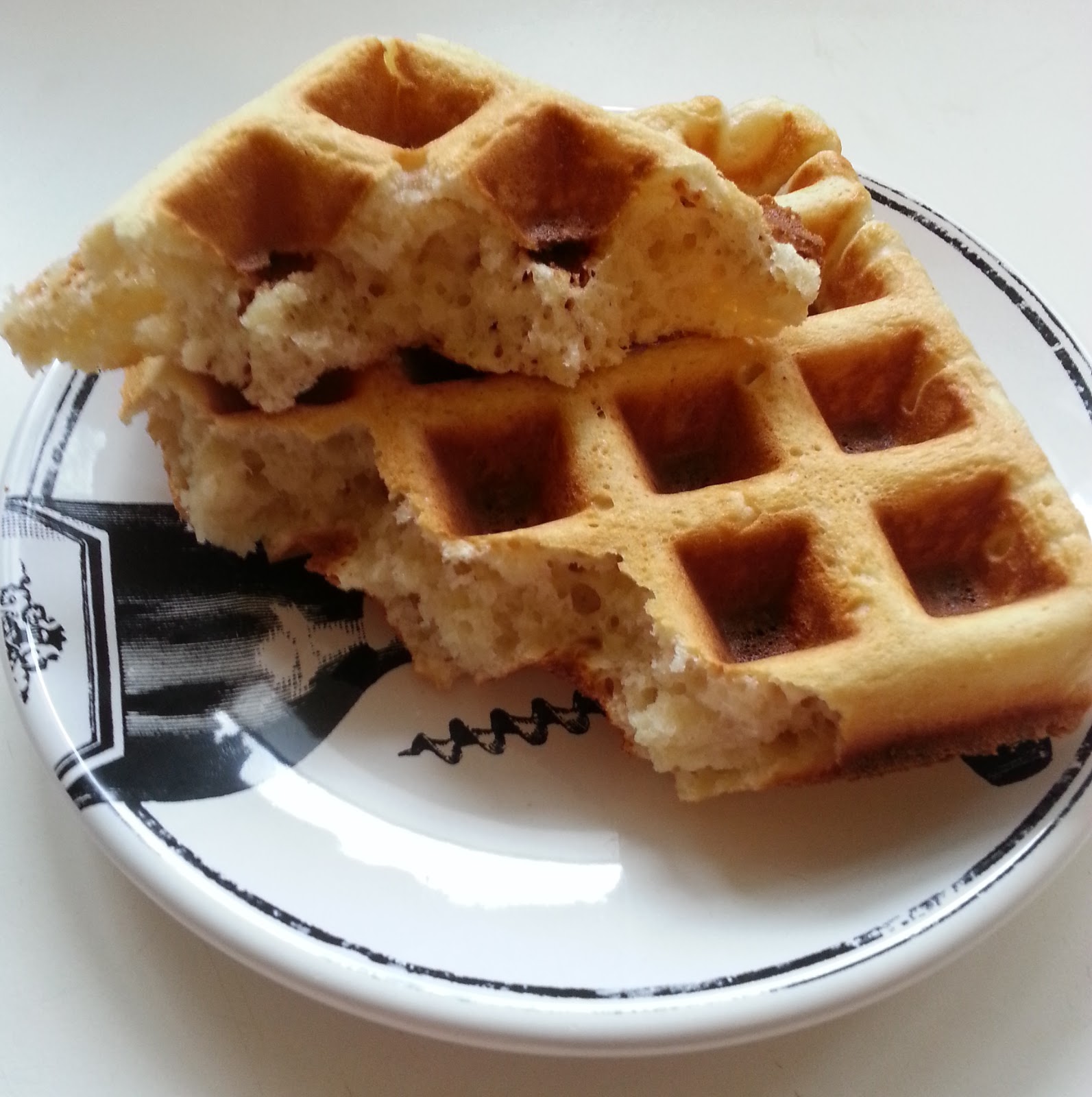 Previously, in a post called Never Eat Soggy Waffles, I had tried an #aquafaba waffle using our family's go-to pancake recipe. While they turned out better than expected, I wanted to try something a bit simpler -- something without ground flax seeds, garbanzo bean flour, or safflower oil. Those aren't exactly ingredients everyone has lying around.  So, I whipped up a batch this weekend with simple, accessible ingredients, and they were surprisingly good! I also learned more about how easy it is to convert aquafaba foam into emulsions, which can be a super useful thing when you want to work on icings, fudge, mayo, etc.


Back in my pre-vegan days, I learned that you could whip the whites of eggs separately and fold those into waffle batter, even when using cheap off-the-shelf pancake mixes. Instead of just blindly mixing everything together in one bowl, separating the egg white gave the final waffles a nice crunchy exterior and a fluffy interior.

Here's a simple waffle recipe that uses the same technique, only with a can of chickpeas:

First, whisk the 2.25 cups soy milk and 1 Tbsp vinegar together and set aside. It should immediately thicken up a bit and smell sour. 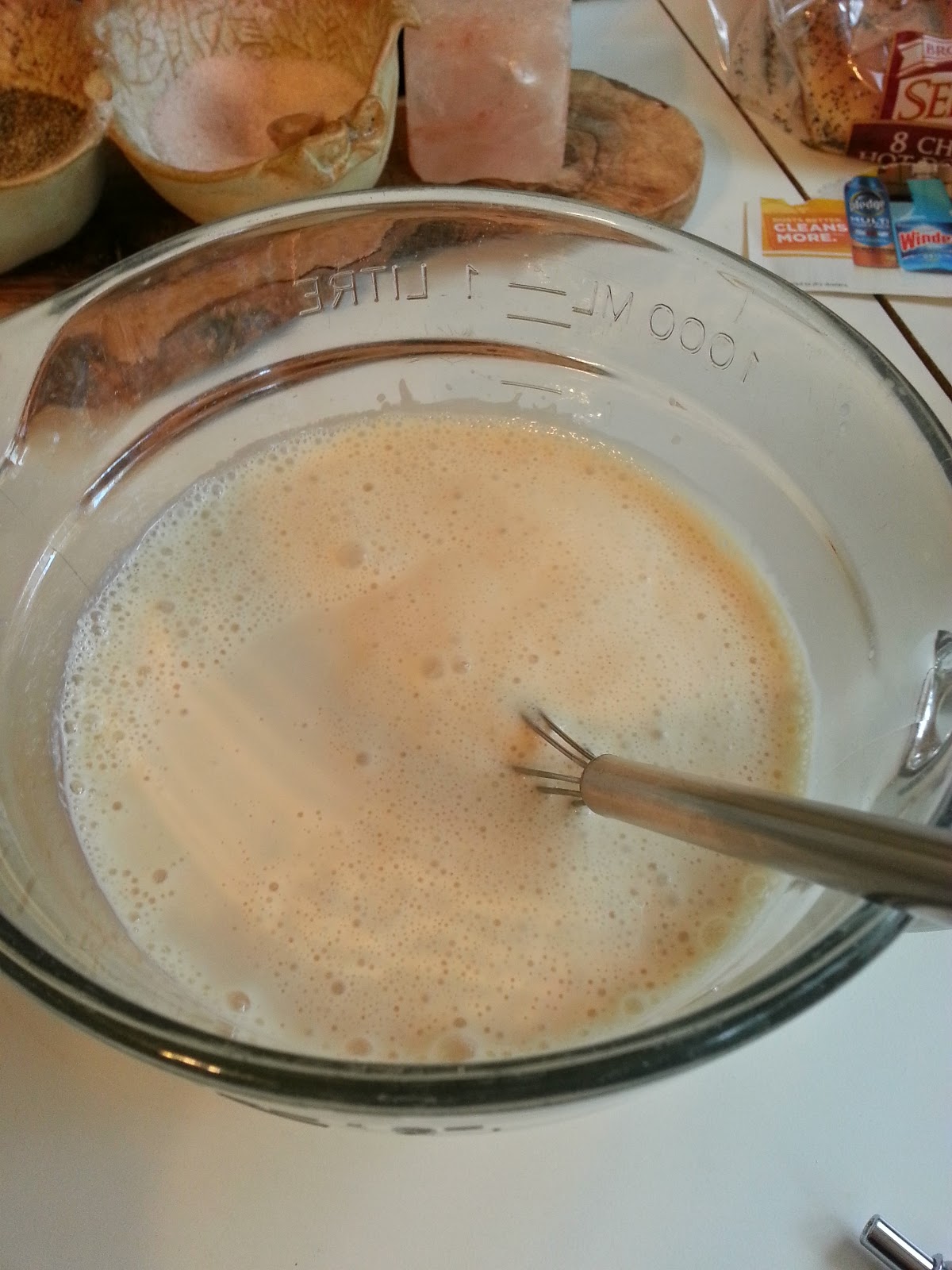 Combine the flour, baking powder, salt together in a medium bowl. Give it a few whisks to mix it all up and set it aside. 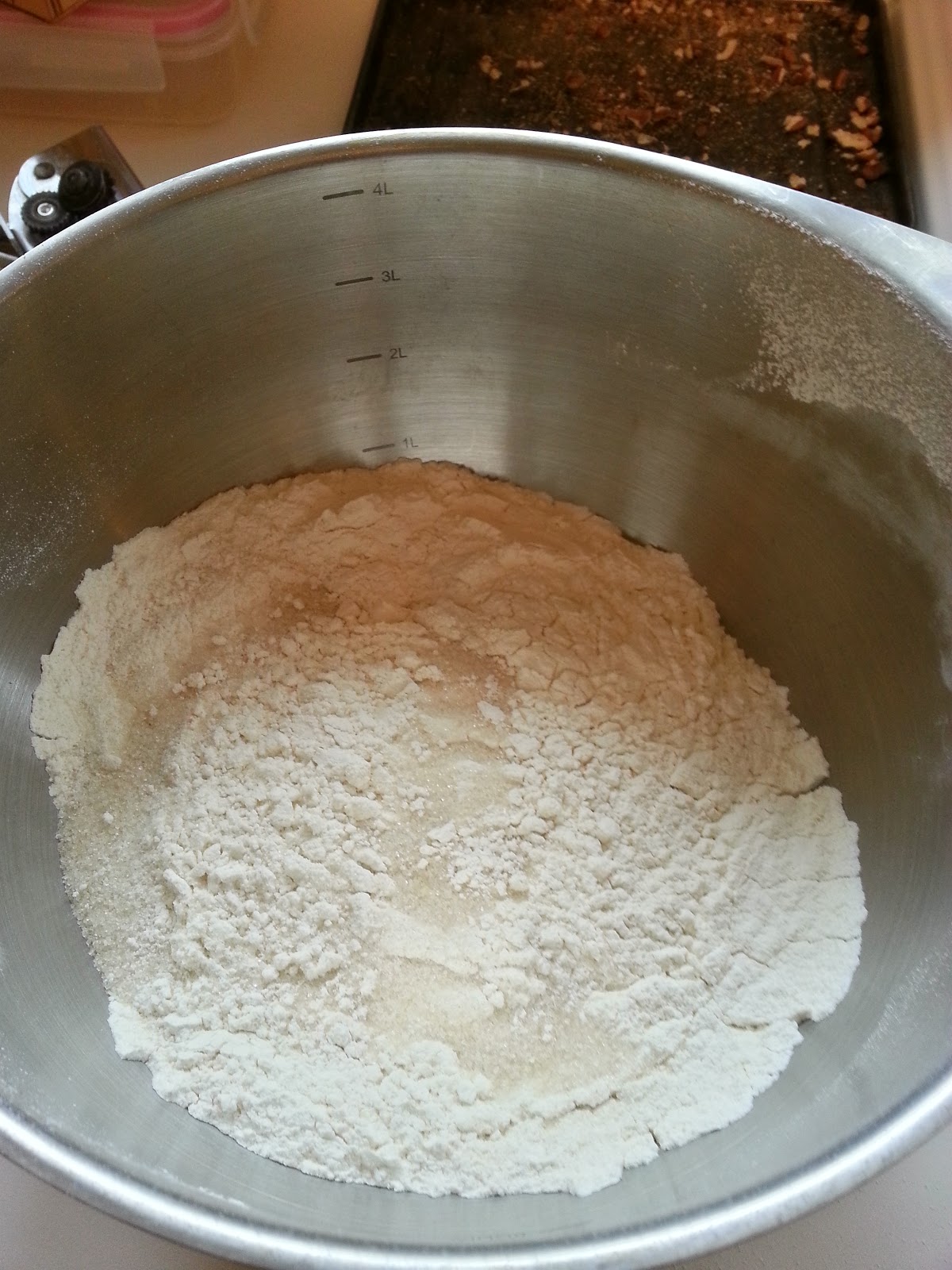 Drain the liquid from the can into the bowl of a stand mixer. Add the 1/2 tsp vinegar, and  turn it on. Let it mix on medium at first, until it stops splattering and a white foam forms, then on high speed until nice and firm and glossy. You should be able to hold the bowl above your head, upside-down. 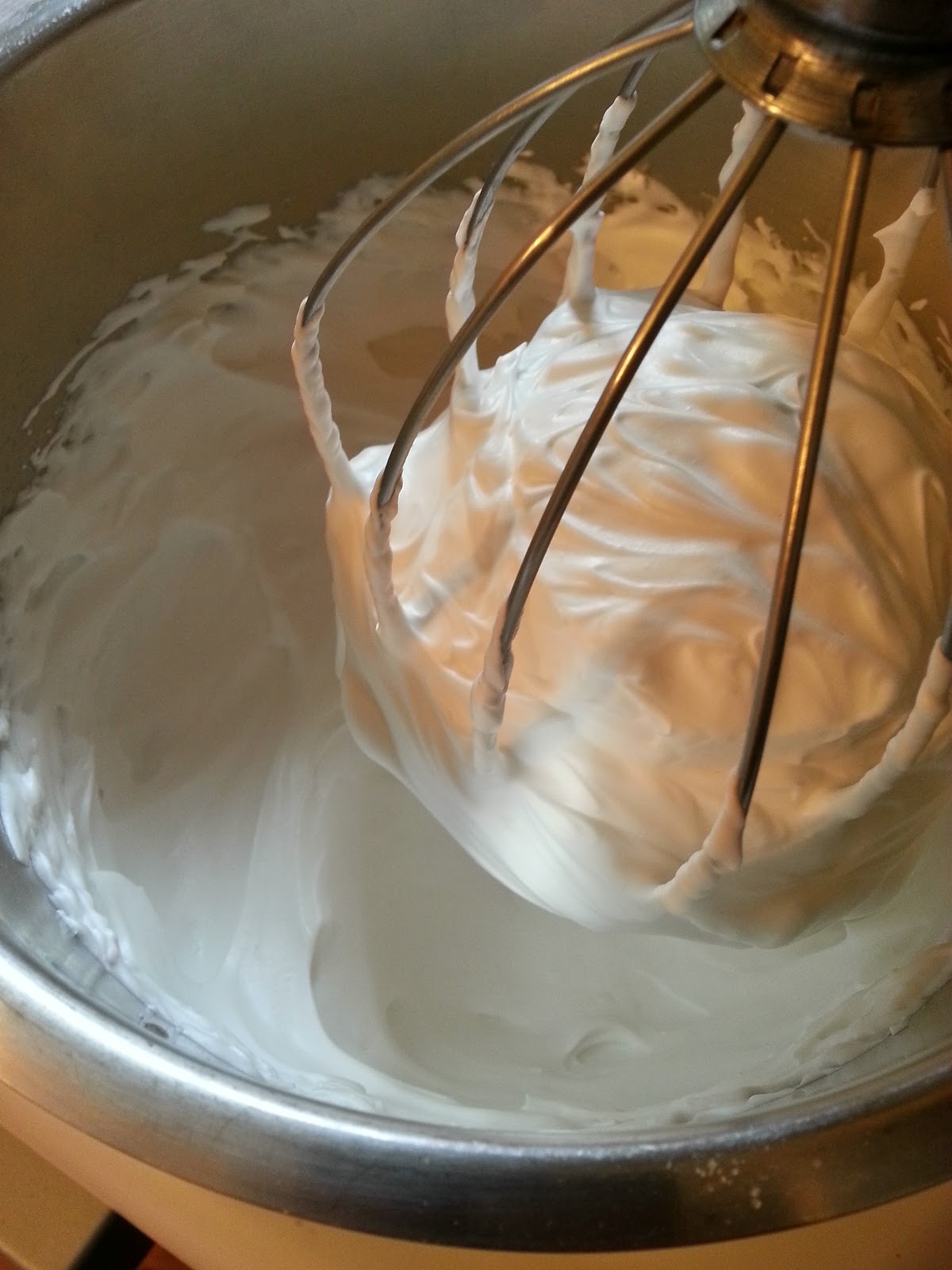 One your foam is strong, pour in the 1/4 cup of sugar, and mix a few minutes until no longer gritty. At this point, the foam is secure enough to take on flavorings and lipids.  Slowly pour in the oil over the course of about a minute while the mixer is still on high speed. It should incorporate fully, with absolutely no deflation of the foam. Once it's in, let it go another 30 seconds.

You should be able to form super stiff peaks once it is fully incorporated: 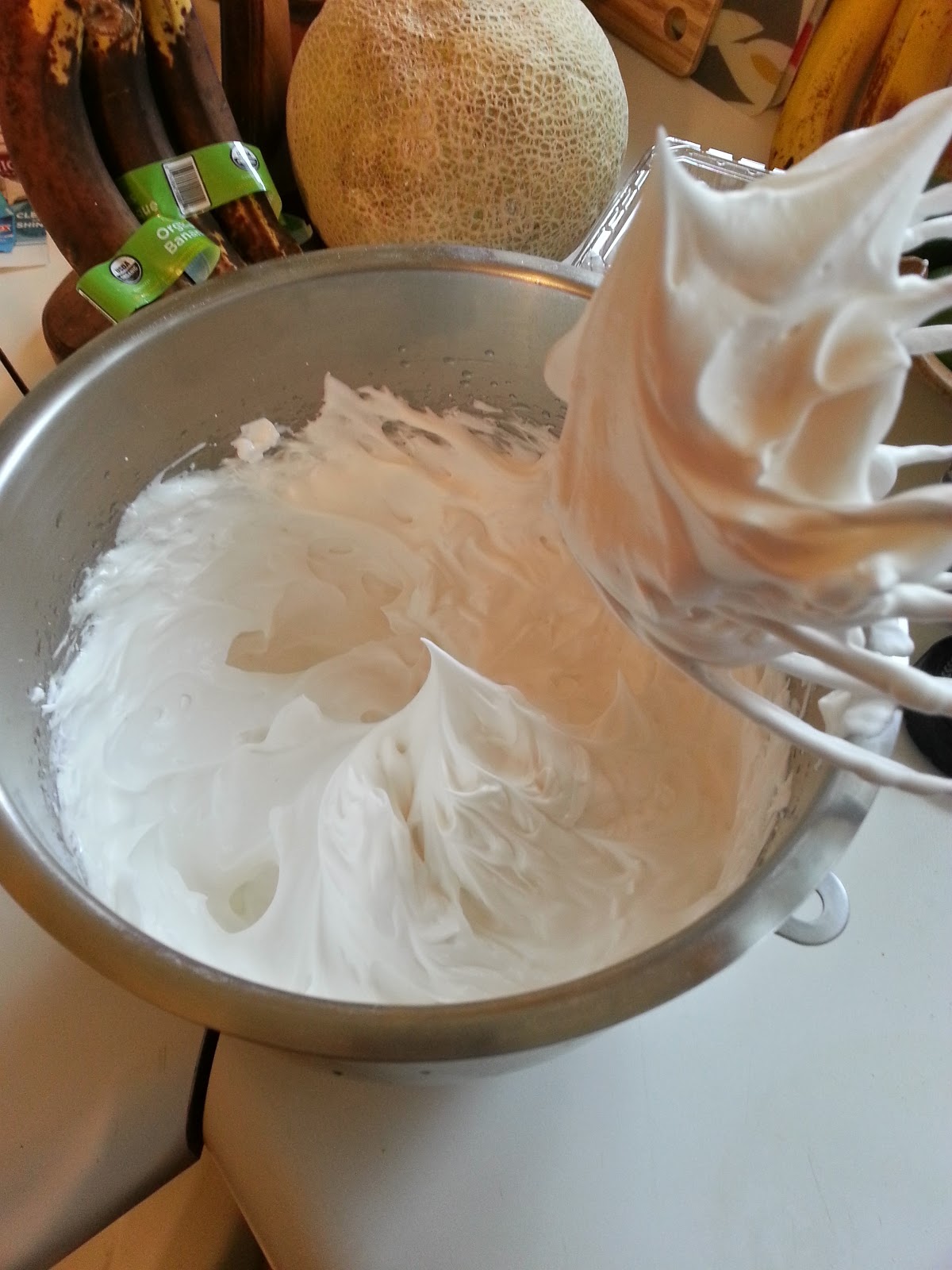 First, pour the soy milk and vinegar that you set aside in step 1 into the dry ingredients and mix until just incorporated. It will be very thick. Do not worry, the foam will still fold in nicely. 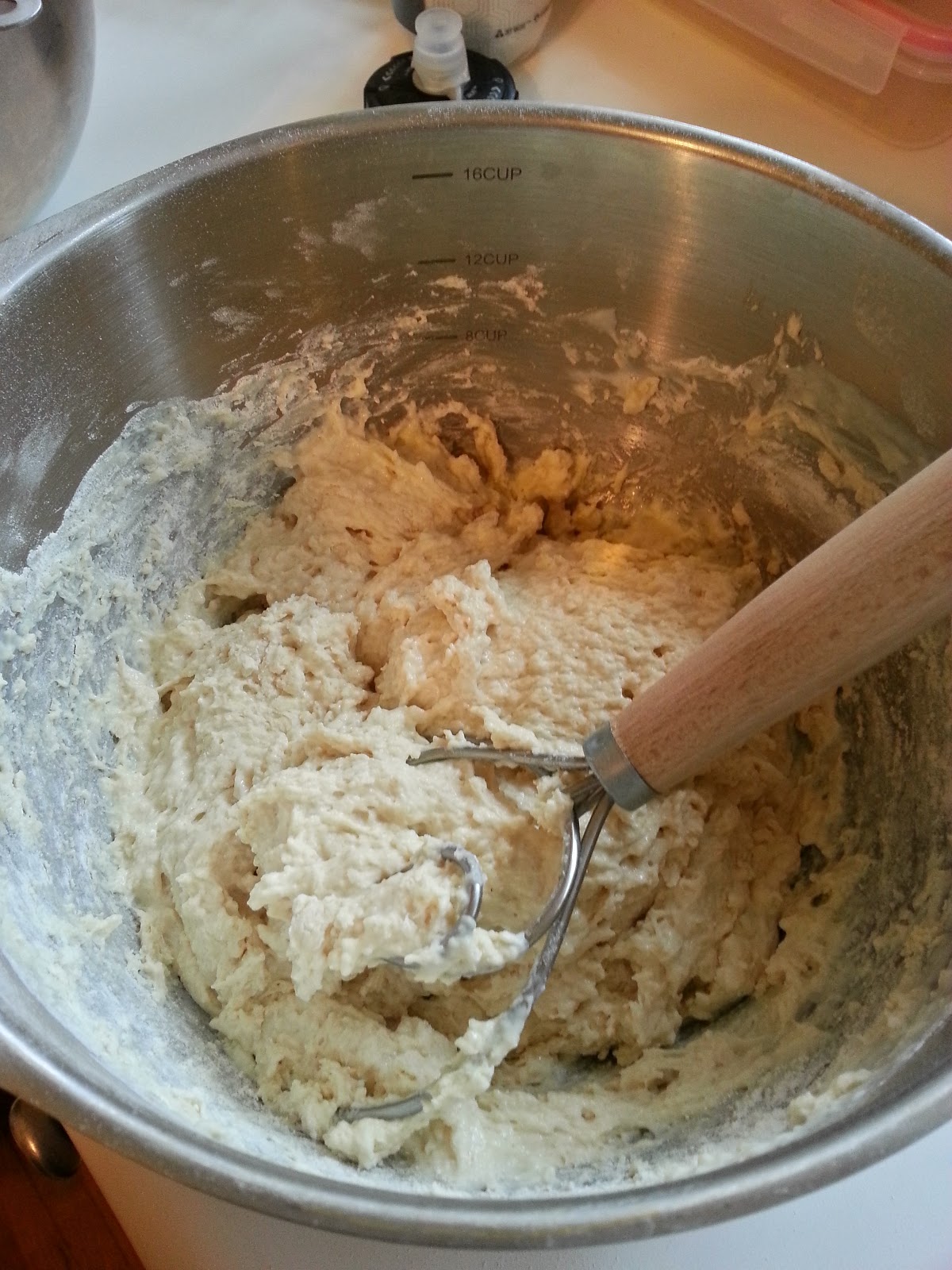 Once the wet and dry are combined, fold in the foam/emulsion mixture, and whisk it briskly for a bit-- until just shy of uniform. Set it aside for a minute or two and preheat your waffle iron. It should look bubbly and have a perfect waffle batter consistency: 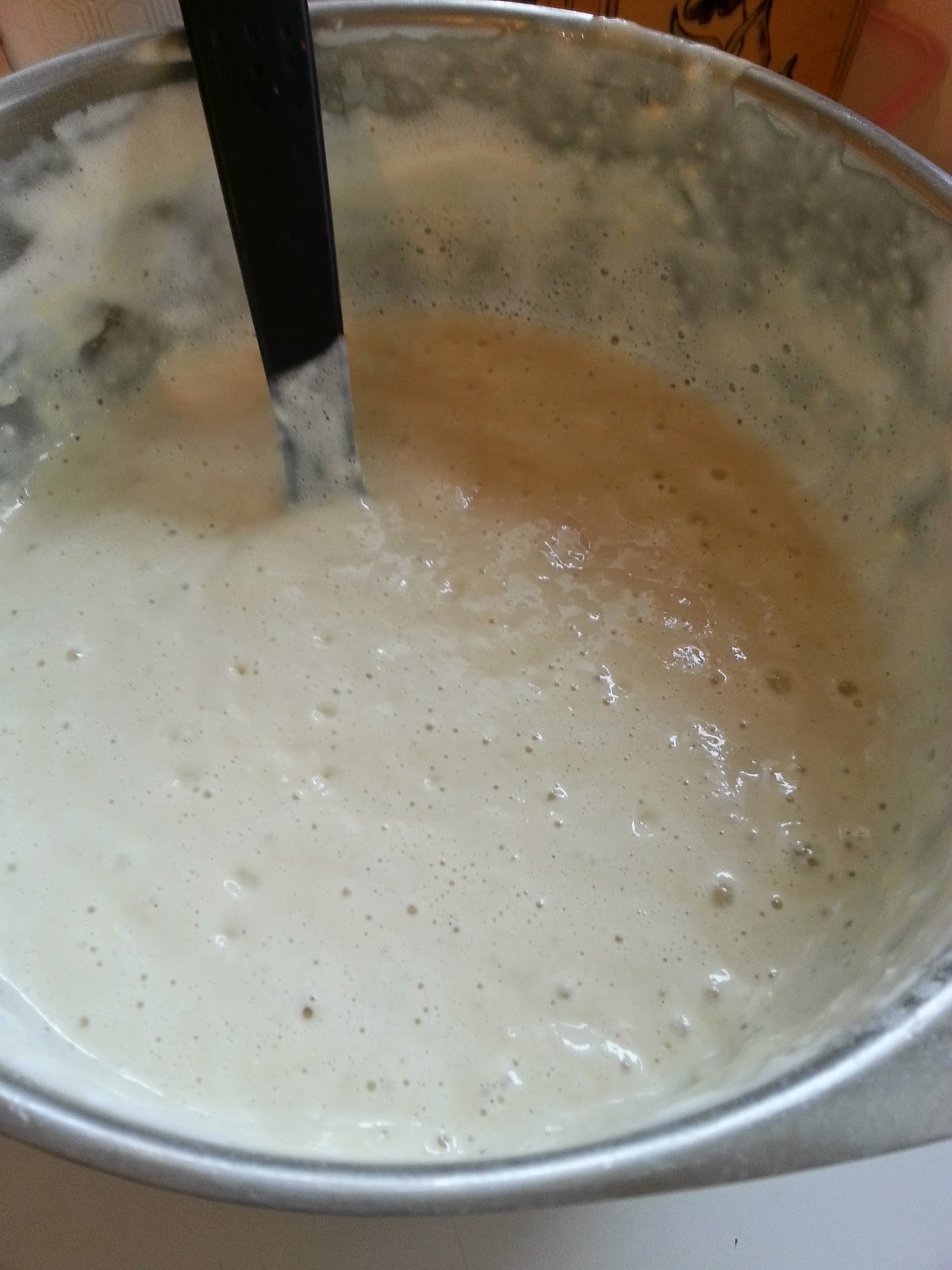 Pour it in and cook. I use a setting of 3.5 on our waffle iron. Each one is different, so you'll have to figure out what works best for you. When they immediately come off the iron, they aren't crispy, but about 30 seconds later, they snap apart and are crunchy like waffles should be. 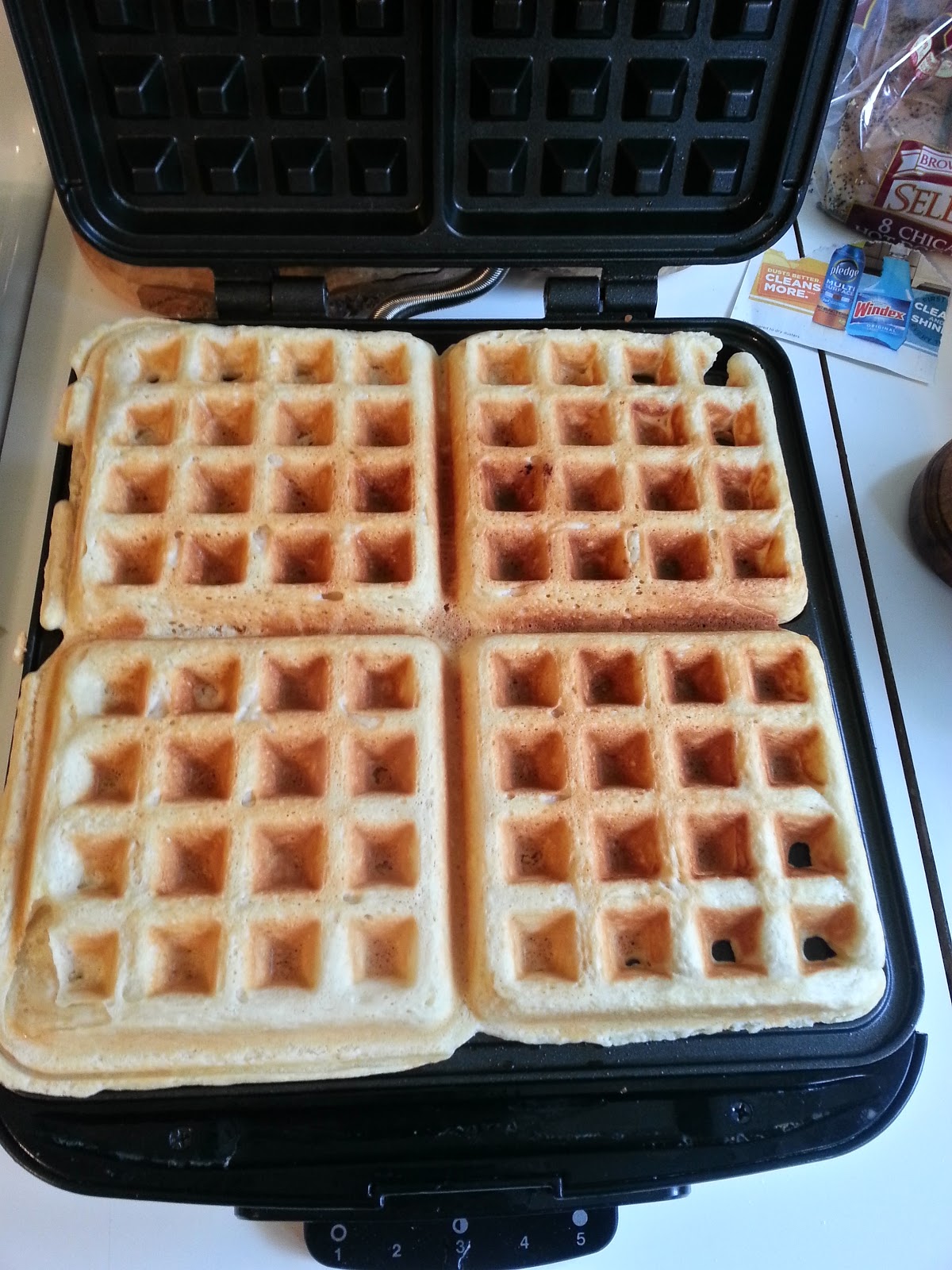 The inside isn't perfectly fluffy as I had hoped, but nobody noticed because they're better than many other popular vegan waffle recipes we've tried. Here's a picture of the golden fluffy innards: 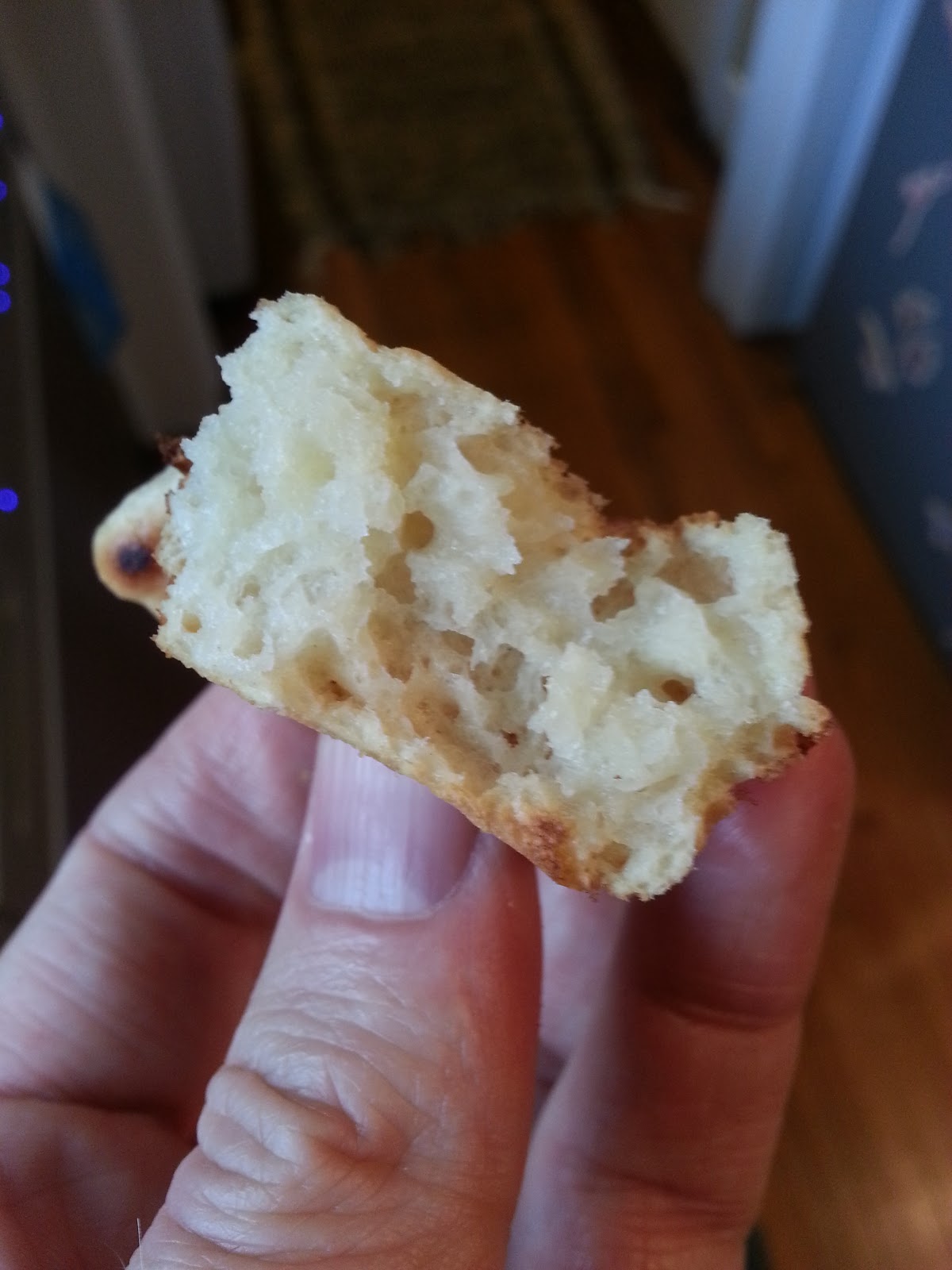